The European Commission itself has indicated its support for the role of third sector organisations as partners in the implementation of the Europe 2020 Strategy and all its seven flagship initiatives. The Commission recognises a lack of entrepreneurial skills in the third sector – a point to which EU3leader will respond directly.

The notion of leadership goes beyond management, by putting a stronger focus not only on methods and techniques, but also on the person of the leader, on his or her charisma and possibility to motivate and inspire others. Often, the term is used with romanticising pathos: »Managers are people who do things right and leaders are people who do the right thing« (Bennis & Nanus, 2005, p. 20).

Within mainstream literature, the assumption persists that leadership is the result of designated leaders and their acting. Therefore, an organisation is perceived as shaped by its leader’s decisions, style and personality. Leadership is ascribed to a person with certain qualities, a formal position within a hierarchy and the exercise of authority.

Critical leadership studies question this view (Sutherland, Land, & Böhm, 2014), and argue that leadership is not necessarily the effect of one person (the leader) but of a system of leadership, a relational process realised through the interaction of diverse actors within networks. Nevertheless, in all approaches, leadership is associated with motivation, inspiration and spirit, a sense and the search for innovation and new possibilities (Simsa & Patak, 2008). 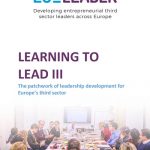 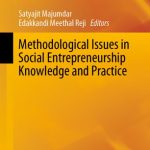