The present report outlines what we know about leadership development across Europe. It tests the hypothesis at the heart of our project that there is space for a leadership framework for the third sector. It takes the form of a report of the results of a survey of sector experts across Europe – broadly focusing on challenges and opportunities for third sector leaders, leadership development, and the existence of frameworks and qualifications. 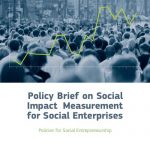 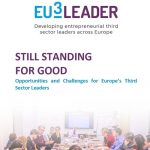