An emerging stream of literature has focused on the ways in which social enterprises might act on the social determinants of health. However, this previous work has not taken a sufficiently broad account of the wide range of stakeholders involved in social enterprises and has also tended to reduce and simplify a complex and heterogeneous set of organisations to a relatively homogenous social enterprise concept. In an attempt to address these gaps, we conducted an empirical investigation between August 2014 and October 2015 consisting of qualitative case studies involving in-depth semi-structured interviews and a focus group with a wide variety of stakeholders from three social enterprises in different regions of Scotland. We found that different forms of social enterprise impact on different dimensions of health in different ways, including through: engendering a feeling of ownership and control; improving environmental conditions (both physical and social); and providing or facilitating meaningful employment. In conclusion, we highlight areas for future research.

“1) There is a need of more studies that can measure the direct and/or indirect health benefits regarding the health outcomes derived from (different types of) social enterprises, compared with other types of organisation, whether in the private, third or public sectors.

2) A more differentiated understanding of the effects of various social enterprise activities upon the health and wellbeing of intended beneficiaries, and other stakeholders should be incorporated into future studies.
“ 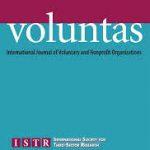 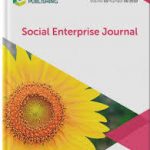