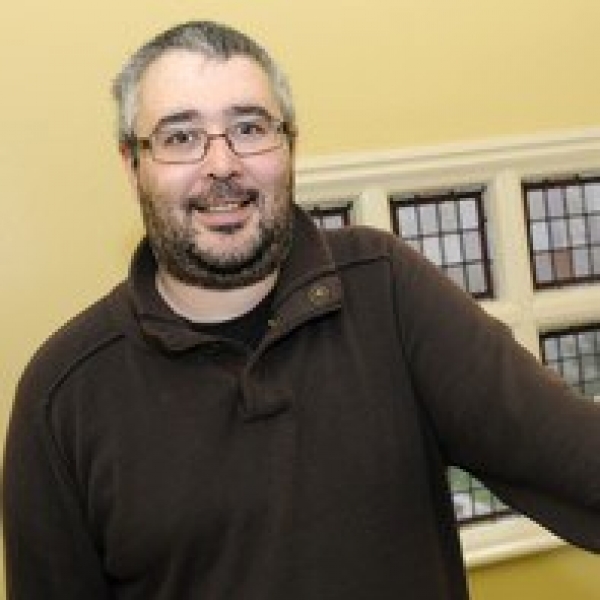 Martin Quinn is an Associate Professor at the University of Leicester.

This work was initially sparked by the development of a new cultural quarter in Leicester, a city with little or no history of the cultural and creative industries. Taking a critical stance on the work of Richard Florida much of his work in this area has assessed the implementation of cultural quarters in smaller, second tier cities. As this work has developed further, I have worked closely with Dr Marta Gasparin drawing together our backgrounds in political sciences and innovation and design management to explore the use of innovation and the cultural and creative industries in developing or transitional economies. We have carried out projects in Vietnam, Uzbekistan, Kazakhstan and The Philippines as part of this work.

He is a member of the Anthropocene Research Group at the University of Leicester. This is an interdisciplinary research network exploring the challenges posed by the Anthropocene and the climate crisis. His particular contribution to the group is based around the policy process and understanding how we might produce the political impetus necessary to address the challenges we now face. He brings together his background in regional studies and place leadership to explore how place leaders in regions and cities might lead the way in proposing new approaches to the fabric of social and economic life as natural resources run out.

This research assesses engagement with local and regional governance institutions and devolution efforts in England. He uses Social Contract Theory as a framework within which he examines what these institutions need to offer to gain the buy-in of their local communities and businesses. The work has been funded by a grant from the Regional Studies Association – http://www.regionalstudies.org/funding/report/dr.-martin-quinn.

This research examines how sub-national leadership establishes and imposes itself on regions and localities. Initially taking inspiration from the ‘New Regionalism’ literature of the mid to late 1990s, this work has explored how place leadership is a complex issue that had often been missed in the regional studies literature. As part of this work, he is a leading member of the Regional Studies Association Network on Leadership and have co-edited a special edition of the journal Local Economy.