Polish social enterprises have their roots in voluntary engagement and cooperative movements dating long before the Second World War. These traditions survived despite the communist regime and then revived in the democratic revolution after the breakthrough of 1989, enabling associations and foundations to bloom in the following years. More recently, Poland’s entry to the European Union played a key role in boosting the development of social enterprises.

Social enterprise and their eco-system: A European mapping report of Poland

The emergence of social enterprises in Poland cannot be attributed simply to Poland’s integration to the European Union in May 2004, although this factor is probably considered the most salient one, both in the literature and in public debate. Particular types of organisations that are nowadays regarded as social enterprises have, in fact, strong and complicated traditions. Cooperatives, foundations and associations appeared before the beginning of the 20th century. Since then, they have undergone very turbulent developments, wavering during the communist period, and experiencing significant changes after the year 1989.

This difficult history has strongly contributed to the socio-economic potential, developmental opportunities, trends, challenges and obstacles faced by present-day social enterprises. Therefore, a short investigation of social enterprises’ roots and drivers before the beginning of the transition period seems to be justified. 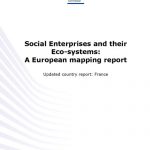 Social enterprise and their eco-system: A European mapping report of FranceSpotting Trends 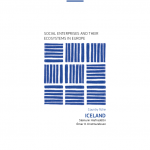 Social enterprise and their eco-system: A European mapping report of IcelandSpotting Trends